On Monday, August 21, 2017, many people in North America will be able to see a very rare occurrence – a total eclipse of the sun. You’ll likely want to see the solar eclipse yourself, but viewing a solar eclipse without wearing special solar eclipse glasses can be harmful to your eyes. Keep reading, and we will show you how you can get your own free pair of solar eclipse glasses so you can safely watch and enjoy this rare phenomenon.

A solar eclipse is when the path of the moon passes between the sun and the Earth and blocks out all or part of the sun for a period of time. A total eclipse, such as the one we will see in August, is one where the moon fully covers the sun, and where the sun’s atmosphere, the solar corona, can be seen peeking out from behind the moon. Everyone on the North American continent will be able to view this eclipse (weather permitting, of course).

The total eclipse will occur about halfway through this event, and anyone within a roughly 70-mile-wide path from Oregon to South Carolina should be able to see it. It should last approximately 2 minutes and 40 seconds. Day will turn to night, and bright stars and planets will become visible in the daytime sky.

Looking directly at the sun is unsafe except during the brief total phase of the solar eclipse (known as “totality”). This is when the moon entirely blocks out the sun’s bright face. Even then, it is still not safe to look directly at the sun because the sun can peek out from behind the moon before you have a chance to look away, exposing your eyes to power that can damage your retinas. The ONLY safe way to look directly at sun during a solar eclipse is through special-purpose solar filters, such as solar eclipse glasses or hand held solar viewers. 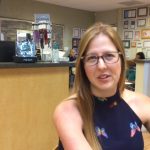 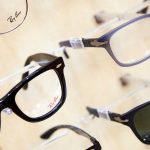