If you have Keratoconus, you also know how much it can interfere with your normal, day to day life without proper treatment. Not only is it difficult to see clearly, but many people with Keratoconus also suffer from High Order Aberrations (like ghosting, halos, shadows, double vision and streaks), have trouble finding contact lenses that fit, get frequent headaches, and have trouble driving at night to the point that you may have decided not to do it at all because you feel like they may be putting your life in danger, as well as the lives of their family and children.

Did you know that Dr. Leonard, the Clinical Director of the California Keratoconus Center, also has Keratoconus? Read what it’s like for him to Live with Keratoconus.

Researchers aren’t exactly sure what causes Keratoconus, but they know it develops when protein fibers in the eye called collagen become weak, usually due to not enough antioxidants in the cornea.

But we do know this…

So, if Keratoconus is more predominant in Asians and it’s likely to run in families, that’s a strong indicator that there is a genetic component to Keratoconus.

Did you know Dr. Leonard has written an ebook all about Keratoconus called Seeing Clearly with Keratoconus, which is available free to you?

The New Genetic Test For Keratoconus

Certain kinds of breast cancer are triggered by a single gene, and so the genetic tests for that disease can deliver a Yes or No answer quite definitively, giving the patient the ability to decide the best course of treatment as early as possible, with as many options as possible.

By contrast, the genetic markers for Keratoconus are “polygenomic,” which means that there are multiple genes that work together to cause Keratoconus, and the presence of each of those genes increases the chances of developing Keratoconus. So any genetic test for Keratoconus can only give you a “likelihood” of Keratoconus.

Recently, a company called Avellino has developed a test it calls Avagen, which checks the genetic markers for Keratoconus and (and other corneal dystrophies) delivers a number on a scale from 1 to 100. Low numbers can indicate a very low chance of having Keratoconus, while numbers close to 100 indicate a very high likelihood of Keratoconus.

So you may be wondering, “If the genetic test for Keratoconus doesn’t give you a definitive answer, what good is it…and should I get one?”

At the California Keratoconus Center, we have developed the cKlear Method for Keratoconus, our proprietary 6-step method for diagnosing Keratoconus and designing the proper treatment. The first two steps of the cKlear Method are a comprehensive examination of the topography of the cornea, the path of light into the eye, and other factors that may indicate Keratoconus.

When the Avagen test indicates a likelihood of developing Keratoconus, the next step is to begin the cKlear Method to determine if the condition is present, and if so, to what degree.

Even if the disease has not yet begun to develop and the Avagen genetic score is high, we have the ability to decide the best course of treatment as early as possible, with as many options as possible. Often, we will prescribe Corneal Cross Linking, a treatment that can strengthen the cornea and prevent Keratoconus from starting. In some cases, the CCL can actually prevent your Keratoconus from developing such that you will be able to wear conventional contact lenses or glasses — essentially to live your life as though you don’t have Keratoconus at all.

And if the Keratoconus has already affected the cornea, Corneal Cross Linking can prevent it from getting worse, giving us the ability to develop a consistent, long term treatment plan for you..

Should You Take A Genetic Test For Keratoconus?

So should you take the Avagen genetic test for Keratoconus? The short answer is that it depends.

Do You Have Keratoconus Symptoms?

However, if one or more of your family members has Keratoconus, you should consider getting the test even if you do not have any of the other symptoms. As mentioned earlier, Keratoconus usually begins in the teen years, but can also develop later in life.

Are you Considering LASIK?

Avagen is also being considered as a pre-op safety measure prior to getting LASIK surgery. That’s because if you are predisposed to getting Keratoconus, then LASIK surgery, which literally cuts into your cornea, could make your Keratoconus worse in later years.

Should Your Children Take A Genetic Test For Keratoconus?

So now that you know there is a genetic test for Keratoconus, should your children take the test?

As parents, we all want the best for our children, and it turns out that one of the greatest benefits of the Avagen test is for your children.

You already know what it’s like to live with Keratoconus, and you would very likely want to prevent your children from suffering as you have.

As a result, if you have Keratoconus, and you have children, we will likely recommend that your children take the Avagen Genetic Test for Keratoconus.

It’s helpful to know that the test is entirely painless. It’s as simple as a cotton swab on the cheek. The swab gets sent to the Avagen lab, where it is evaluated. Results come back in about 10 days, after which we can decide the next course of action (if any is necessary at all) with the greatest number of options available.

How to get the Genetic Test for Keratoconus

Avagen is only available at Optometrist and Ophthalmologist offices who are specially trained to interpret the results and act on them in the best interest of the patient. You can get the Genetic Test for Keratoconus at the California Keratoconus Center in Los Angeles. To make an appointment, use our online Appointment Form, or call 818-891-6711. 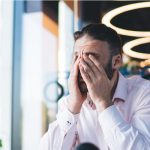 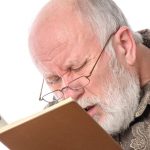